Once upon a time, there was a blog with a fantastic search ranking.

Its organic traffic had never been better.

The blog owner truly believed that his blog traffic would reach a huge figure in no time.

In fact, he was so confident that he believed he was incapable of making mistakes.

He was sure of it.

The Google Gods Waged War Against the Blog!

And the hosting company the blog was hosted on made it even worse.

For the blog owner, at least.

He Lost a Great Amount of Organic Traffic!

Eventually, at the end of the war, the blog owner learned a great lesson.

A lesson that every blogger or online marketer should know.

And yes, boys and girls, the blog owner was none other than yours truly, Wong Chen Dong, who is also known as The Bad Blogger.

And without further ado, here’s what happened.

As you probably know, traffic is the lifeblood of any online business.

Without traffic, you won’t have any readers.

And without readers, you have no chance in hell at earning revenue.

This is especially true if you have something to sell, be it your own products or someone else’s.

Most advertising is based on page views and impressions, and there are many ways to earn traffic.

The best way to get steady long-term traffic is via search engine optimization (SEO).

We all pray to the Google gods, hoping that they will bless our blogs with a high page ranking and SEO ranking.

So we spend our time optimizing for keyword searches and high-volume queries.

What Happens When You Piss Off the Google Gods?

What happens when your blog traffic starts dropping and you don’t know what the hell is going on?

Well, several years ago, I started getting dozens of notices from Google regarding errors in my blog.

Though I hadn’t changed anything on my blog, Google suddenly had problems accessing certain URLs, including my sitemap and robots.txt file.

I also noticed that many of the pages on my blog had been removed from Google results.

At first, I thought this was just a short-term error, so I didn’t look too deeply into it.

But then it happened again a few weeks later.

Once again, my traffic dropped, and this time…

I was receiving a quarter of the traffic I’d been averaging.

At this point, the survival of my blog was at stake.

I contacted my host company’s support desk to see if they could help.

At the time, I was using a HostGator shared hosting plan.

It had served my needs, but not when my traffic levels were starting to show sign of wear.

As is expected of a host support of that nature, the customer service was regretfully pitiful.

They told me to go back to Google for help.

Well, as you probably know, if you try to get help from Google, you know it’s impossible.

Realizing that I had to act fast, I did what any smart person would do.

I Hired a Consultant to Help Me Out!

The first thing he did was to check my WordPress plugins and theme for deficiencies.

He noticed several script and PHP errors, which he fixed within a few days.

At the time, I had nearly 2 dozen plugins installed, so I’m sure this was no easy task.

After that, he updated the plugins and themes that needed updates and could be updated without significantly changing my blog structure.

He configured my caching plugin, and then fixed some issues with my sitemap and robots.txt file.

Hoping that this was the end of it, we resubmitted my sitemap and robots.txt file to Google.

And Hoped for the Best!

As you’d expect when something like this happens, the obvious fixes failed to work.

The next day, I received a few more dozen errors from Google Webmaster Tools notifying me that my new sitemap could not be reached.

I knew something was wrong.

So did my consultant, because the sitemap was reachable and could easily be loaded in a browser.

Not only that: many of the online sitemap and crawler tools showed zero problems with my blog’s functionality.

From there, we began digging into the server logs.

We noticed that in my access logs there were signs that only search bots were receiving 403 errors when trying to access my sitemap.

Especially since it was happening mostly to Google’s crawler, and few others.

My consultant passed this information on to me, and I took it to my host once more.

This time I was sure we’d find a solution.

But once again, they told me that everything was fine and that I should contact Google.

Now, I Was Pissed!

The host was yanking me around, while my blog was dying a quick and untimely death.

Exasperated, I passed my hosting credentials over to my consultant, who contacted HostGator directly.

Since he knows more than I do about things like this, he was able to get to level 2 support and speak to someone who actually understood the problem.

After 30 minutes, they arrived at the source of the issue, which might shock you.

Because they were unhappy with how many bots were crawling my blog, they had changed a mod security setting in order to delay future crawls for a time – and completely forgot to reset the setting!

Can You Fucking Believe That?

They had knowingly rejected Google’s bots in order to preserve their bandwidth, and nearly killed my blog in the process.

Once we found this out, the issue was immediately resolved and Google Webmaster Tools notified me that my blog was fine and started re-indexing pages.

But it was too late.

The damage was done.

I couldn’t let this happen again.

Time for a Hosting Upgrade

I’d been looking into VPS servers for a while, but never got around to upgrading.

This time, I knew it had to be done, so I asked my consultant for recommendations.

He recommended SiteGround hosting, which I’d never heard of.

As I examined the options, I concluded that SiteGround Hosting was indeed the best choice, especially since they offered to move my blog for free.

That was a no-brainer. I signed up, and they moved my blog within a few days.

I Immediately Noticed the Difference!

My blog was much faster, almost screaming now, and everything was working great.

My decision was rewarded a few days later when I had a technical issue.

Site Ground support went out of their way to fix it for me, even though it wasn’t something they were responsible for.

Now That is Top-Notch Service!

Looking back, I learned several things:

HostGator tried to ignore the issue multiple times, and it took a well-paid professional to force them into looking harder before they found the cause.

My consultant checked and fixed errors with the template, plugins, and tried disabling them all until he could find the culprit.

In my case, we couldn’t get to the solution without first fixing everything else.

Just because they are listed in the WP repository, it doesn’t mean they have been completely vetted.

In my case, any further delays could have been disastrous.

However, if you don’t want to experience what I went through and conclude that most hosting companies suck, get SiteGround Hosting now.

I won’t let this happen again. But it could happen to you, so it’s best to take preventative action today by clicking the link below:

Click Here to Get SiteGround and Move Your Blog for Free

The Bad Blogger delivers the oohs, ahhs, and woes of anything like any man would... rough. He's frank, to the point and likes it raw. While many online and marketing gurus prey on the uneducated and impressionable, he share his knowledge instead of robbing people blind like the wicked of the web. He has been where you are and knows for a fact that he can help you. He'll share with you what he knows and at the end it's just like sex... anything worth knowing is worth taking action on your own. 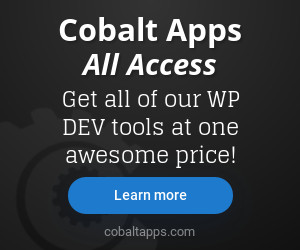 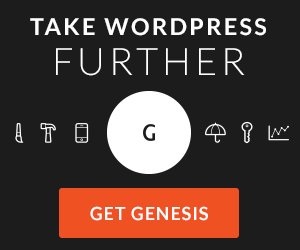